Hauke Thüring: “I don’t like that some bartenders put themselves in the spotlight. We’re bartenders, not doctors or politicians or I don’t know what!?”

Right about the time of this interview, Mixology magazine came out with a big interview featuring Hauke Thüring, head bartender of the legendary Riva Bar in Berlin.

That’s just one more reason to pay attention to this especially talented 27-year-old.

Hauke Thüring, as well as Frank Thelen, started his career in a hotel bar. The first stop was the Maritim hotel am Timmendorfer Strand near Kiel. Right after his education he seeks new challenges as he feels that the hotel hierarchy stands in his way and that he is not progressing as fast as he would like. He meets Ravindra Silva at the Rooftop Bar of the Atlantic Hotel who quickly becomes his first mentor. After that he goes to the Monkey Bar, Berlin, where he makes his name as a bartender and where he finds out the difference between a hotel bar and a high volume bar. 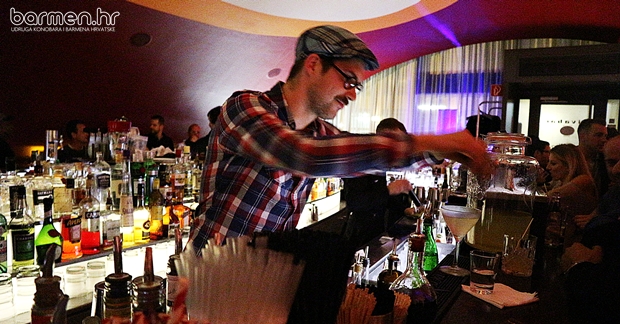 The Monkey Bar later becomes one of the more important bars on the huge Berlin bar scene and Hauke, one of the successful “Monkey Team”. That gives him the opportunity to transfer to the famous “Riva Bar” where he takes the position of head bartender.

We started our interview with Hauke Thüring at the Fee Brothers stand where he worked for the duration of BcB and finished it that afternoon at the Riva Bar, where Hauke served us with a few of his creations.

A good bar for me is a place where you feel welcome since the moment you enter it, where the guest is the center of attention and not the bartender. Customers always return to those bars.

Tell me, what are your favourite bars?

Unfortunately, my number one bar is closed at the moment, but luckily only for renovations and that is Le Croco Bleu. For me that is the definition of a good bar and service, everything was just right there and I hope that it will stay that way. The Le Lion bar from Hamburg takes the second place and the third goes to the Gin Tonic Bar of the Zoe hotel which is located in Berlin. I love gin&tonics and that is the place that I regularly visit after work so I might be just a little bit subjective.

You mentioned gin and tonics… How do you feel about the gin and tonic craze going on for the last 6 or 7 years, firstly focused on the gin now on the tonic?

I see it two ways; it’s great that people became aware of quality and that there willing to spend more money on a drink. Here in Germany that movement started with the Monkey 47 gin which was swiftly followed by others. The diversity and the fact that we have more than 800 brands of gin is fascinating.

However, it came to exaggeration; a lot of gins on the market are just too expensive, because, don’t forget, we are talking about a spirit that doesn’t need barrel aging or resting.

Tell us, what is your favourite cocktail?

Believe it or not, I rarely drink cocktails but if I had to choose, it would be a Ti Punch. 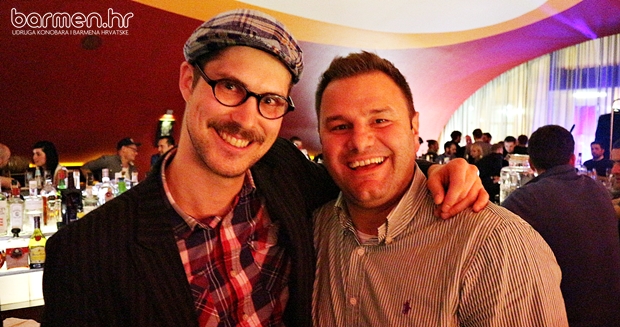 Can you reveal a recipe of your latest creation?

Yes, you’re drinking it as we speak (laughter). It’s the Salted Caramel Gimlet (Stoli Salted Caramel Vodka, lime cordial and freshly squeezed lime juice). Simple, right? It’s not supposed to be a serious drink, but as you see it’s very popular with the customers.

Is there a book that inspires you?

“American Bar” from Charles Schumann is a book whit which most of German bartenders grew up and its one of my favourite books, although it might not be the most contemporary because of new trends and the time at which it was written.

When we’re talking about trends, are there any of current trends that you don’t like?

I don’t like that some already quite famous bartenders put themselves in the spotlight. I also don’t like the fact that they put the drink in the first plan. Don’t tell me that it’s absurd to ask a bartender what he put in a drink that he theatrically prepared for the last 8 minutes and now you’re supposed to drink it gratefully choosing your words carefully as not to hurt the master’s ego. We’re bartenders, not doctors or politicians or I don’t know what!?”

Do you have any advice for young bartenders?

Don’t be afraid! Try everything, experiment! Don’t let failure discourage you! Step by step, it gets better, just don’t quit! Of course, I recommend that you don’t even go out of the bar for the first few years!

Hauke, thank you a lot, we had a few more questioned but considering how your colleagues are looking at us, we’ll leave it for next time.

Thank you too and you’re right, I have to get back to work. A big shout out to all Croatian bartenders, cheers!