To start off, can you tell us something about your long lasting career?

My career started almost 20 years ago when I started as a waiter and a cook. Unfortunately with my job in a Michelin star restaurant I kind of lost touch with cocktails, but it quickly got back to me and I managed to get into the American Bartending school. It was based in L.A. and it consisted of really hard practicing and training of classic cocktails for 2 months.

You won a lot of awards, are there any that stood out for you?

A year after I started practicing I entered the Austrian Flairtending Challenge and I was pleasantly surprised because I came in 5th. The year after that I came in 3rd and in 2003, for the first time, I won the Austrian National.

In total I won 8 nationals, over a 100 competitions around the word and I was a 6 time finalist in the IBA. I also compete in classic, in 2016 in Austria I came in 1st and in Tokyo I came in 2nd. With those awards I ended up being the first bartender who has them in flair and classic bartending.

What was the reason you stopped competing in the IBA?

A flair chairman from Austria came to me and asked me if I would take his job. This was in 2014 in Cape Town. It was a big honor and a pleasure so of course I took it. For the first two years I was the chef judge, now I’m a head judge. I’m still competing in flair in competitions all over the world, just not in the IBA.

Alongside the competitions you have other successes, can you tell us a little bit more about them?

Well, I wrote a book back in 2017., we made 10,000 copies and in 3 months it sold out completely. I opened a new bar in Linz. Right now I own 2 bars and 2 caterings, more than 20 bartenders employed so all in all everything is going great. 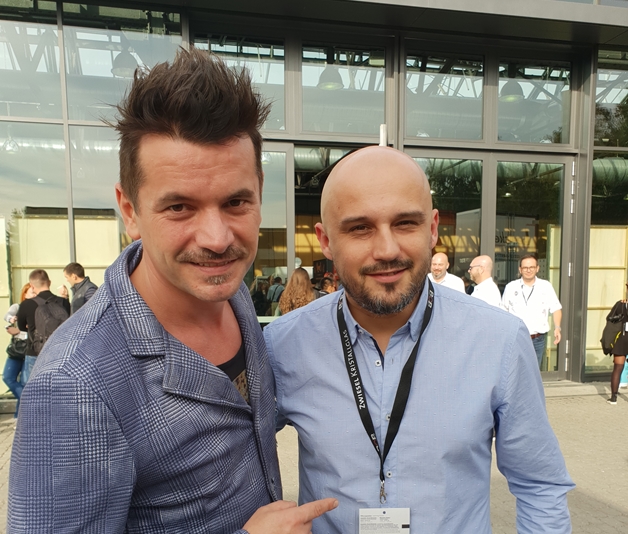 Can you tell me about ACANTO?

I opened Acanto back in 2001, so I had it for 18 years now, it’s unbelievable how young I was. I think it’s the only flair bar in Austria so it was a super cool decision. Nobody wants to start a business just as a flair bar, but in this case it worked out really well.

What is your definition of a good bar?

For me a good bar is when you enter it and see one new thing that surprises you. It can be the set-up of the bar, some nice music, a new cool location, pretty much anything. I like to see people coming up with new drinks. It doesn’t have to be something complicated, more like a different garnish or ingredient for the drink.

Because 99% of all bars are quite similar, people are always looking for surprises. In my bar you open the menu and you can see the prices, ingredients and pictures for every cocktail. It’s easy but effective. There are some bars that have recipes that even I can’t explain, it’s too complicated for no reason.

Do you have a favorite bar?

I think that having a favorite bar is not as easy as it seems. I saw a lot of really, really good places. In Austria I really love The Sign. That could be biased of me as it’s owned by a friend of mine, but he’s really creative and is constantly on the lookout for originality. I also like Angels, that’s a super cool bar in Prague. By the end of the day there are a lot of amazing bars all over the world.

Have you ever been to Croatia?

I’ve been to Croatia but unfortunately only for a competition. It was held on the island of Brač, close to Split. I loved it and it was amazing but I haven’t had any time to explore.

Do you have any advice or suggestions for young bartenders?

The most important thing for this profession in to have passion and the will to do it. Some people get hooked on it and some just don’t. When I found out about bartending I was practicing all day, every day. I never had the time but I made the time. After about 3 to 4 months you learn all the basics and you can start creating your own style and moves.

Honestly if you don’t love this job and you don’t have any passion for it, just don’t waste you time and don’t even start with it.

Philip Duff steps down from “Tales of the Cocktail”