Well first of all you have to believe in yourself, believe in your message. You have to have “cojones” to make people believe in you. I love rum and all of the categories of rum. I love what it brings to the table, it’s history and future. My job is to tell that story to various different brands. I work for myself.

You have a rich history. Born in England, Jamaican parents. Do you visit Jamaica a lot?

I visit Jamaica, alongside lots of other islands and countries. It’s not only the Caribbean, I do a lot of work now in Mauritius and Madeira. I also work in Australia, New Zealand and Asia, all of these countries make local rum and we’re trying to expand their rum and also get them to understand imported rum as well. So all in all I work all across the world not just the Caribbean.

Regarding rum and gin, gin is now going crazy. Here at BCB there are 170 labels of gin and only 80 of rum. What do you think, will the future bring such success to rum as well?

For sure, you’ll see a lot more brands of rum because people are understanding more and more about it. A lot of people say “rum is the new gin”, but globally, rums actually sell more than gins. But the thing is, gin came out of nowhere, all of a sudden. Rum has always been there. Some of the biggest brands of the world are rums, look at Bacardi. Rum’s always been big, but now people are talking about it, they’re discussing different brands and comparing rums like they do with whisky’s. But there is a category of rum that I feel like, will be like gin. And that’s Spice rum. 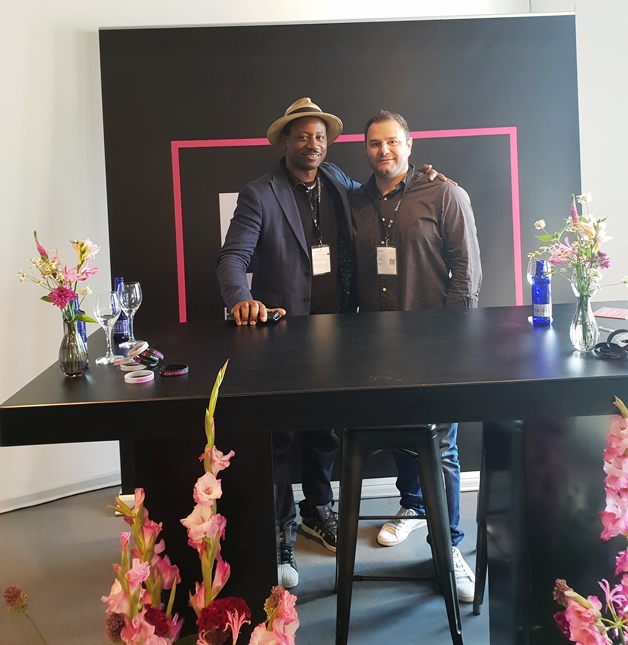 What do you think of the people who believe that they can make rum at home like they make gin?

This is a real fear that I have because Spiced rums and flavored rums are becoming more and more popular. You will always have people who will try and take shortcuts. They’ll try and make rum in a week, like they do with gin. Now, I’m not saying that home made gin isn’t good, but you actually can make it at home in a week, put a label on the bottle and sell it. Rums have to be aged for at least a year, depending of course from which country it originates. Just like whisky, you have to plan ahead with rum and that’s why there’s no quick money in it.

Good distillation, make the best possible liquid, DON’T use shortcuts! If you’re going to add sugar and sweeten your rum do it in a way where you’ll enhance the flavor of the rum, not mask it. Now when it comes to what I want to see more, that’s definitely more Spice rums, but with regional spices.

Croatia is well known for it’s local spices, do you think there is a future for rum here?

Yes, definitely but not domaći, that’s not rum, that’s fake rum hahahha. But if someone made a good spice rum using Croatian spices, that would be a real local rum because no one else can make it and that would make it unique to Croatia. That’s what I’d like to see, more regional spice rums.

Where did you get the idea to serve rum in Antarctica?

A journalist asked me if I did masterclasses all over the world and I said the only place I hadn’t been to is Antarctica. He suggested that I should go. One year later I took my mobile Tiki bar, did a masterclass and served some rum to the research stations.

Do you have any suggestions on how to use rum in bars?

You should use rums in bars just like you use any other spirits. If you have some good, aged rums try to encourage your customers to sip them during dinner just like they would do with a Cognac or Scotch. If you want to use them in cocktails, use it like you would use a blended whisky or tequila. Really showcase the characteristics of the rum.